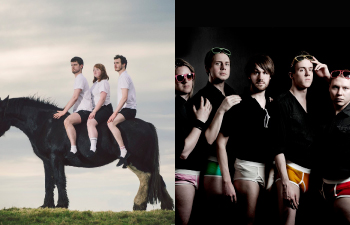 Presenting a double-bill of the darkest and most filthy award-winning sketch comedy in a closing show set to finish everyone off! Opening the show, last year's Best New Act winners Gein's Family Giftshop return to bring us an extra long lashing of their murderously good comedy. Following them headliners Late Night Gimp Fight arrive to finish the festival off by any means necessary, through song, sketch and gimp.